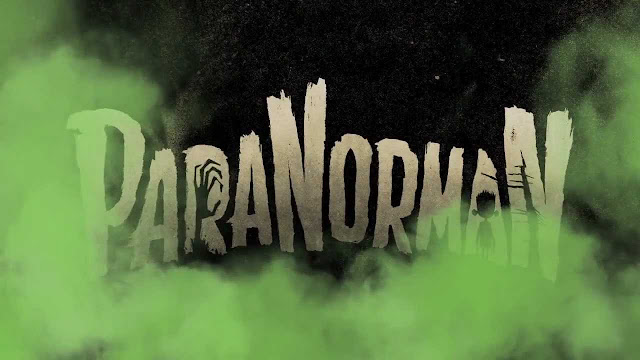 I've already chosen Paranorman as one of my Top 5 Halloween Picks, so when it hit the 1st of October it was the first film I had to pull out and settle down to watch. Paranorman is a such a gentle piece of cinema that gives you the same comfort as remembering a movie you watched endlessly as a kid and you suddenly discover it again all those years later. I think for any horror fan this feeling of acute nostalgia will wash over you from the first frame and not let you go wayyy after the credits have faded to black. 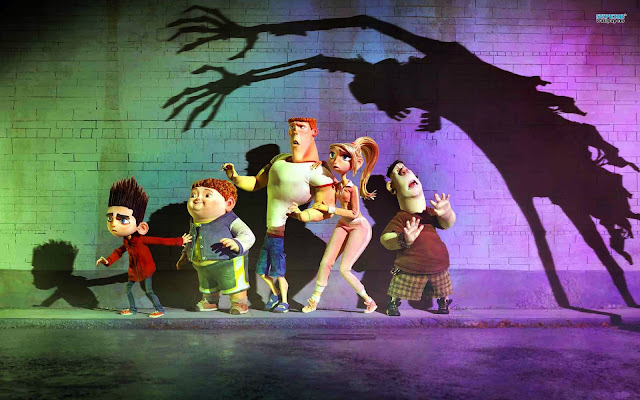 Paranorman is a spooky tale, you follow wee Norman as he navigates his life being an outcast because of his niche interests of loving horror movies and er, talking to the dead. He does this whilst facing the wrath of parental disappointment whilst building friendships and owning up to his responsibilities, finally accepting who you are and your own individual talents. This is a pretty tried and tested formula for Laika and let's be real, it hasn't failed yet.

Laika are basically Pixar before they made Cars and got sucked into sequel hell, but Laika like to make you uncomfortable and face your fears and put the wind up you a bit. Thinking about it, the best way to describe Laika would be a mixture of early Pixar and Tim Burton before he went wrong. An emotional depth and a love of the macabre. I know nothing good can last forever but I really hope Laika continue this winning streak as they get more and more recognition. Surely Kubo and the Two Strings is a shoe-in for an Oscar nomination? They are flying the flag for quirky animation, keeping their films a technical marvel of stop motion which seems to be very expensive and hella time consuming, but puts them head and shoulders above their competition. 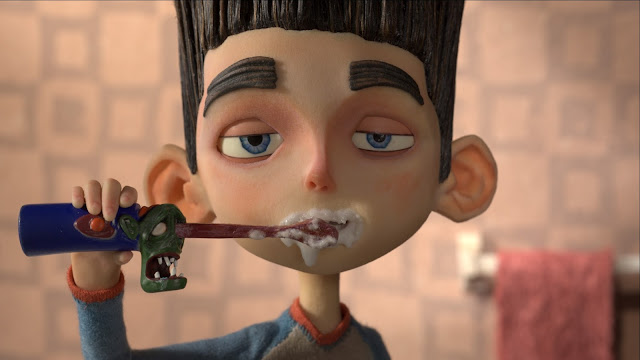 Paranorman is a perfect Halloween film, the green and purple aesthetics scream old school monster movies and you can't really go wrong with ghosts, witches AND zombies running around. Kids horror films are nothing new, it's a tried and tested schtick and I have a soft spot in my heart for every single one, but I think Paranorman is a big boy you gotta beat, it just feels like the creators love horror as much as Norman does. It's like an injoke you get to be a part of, but it's not too highbrow or alienating to put off kiddies from watching it.

I am a staunch believer that if you are making a film for kids then every single frame and joke should appeal to them first and foremost. Paranorman has no problem with this, they never pretend they are not making kids films films and I admire that so much. Not only that, but it's also an action-packed adventure with car chases, burning buildings and angry mobs. It's the full package, baby! 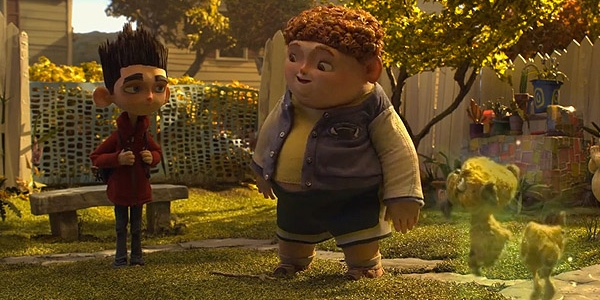 For every time you have felt like no one is listening to you (no matter how good your ideas are) or you think you're truly alone in this world, Paranorman is there to show you that even the weirdest outcast can save a town. Paranorman is a film for anyone who has a passion that isn't cool, or gets irate at their siblings but loves em deep down, a film for outcasts and it completely revels in it. There's a little Paranorman in all of us, and I bet you'll be bawling by the end of this film. So really, it's not just one of the best Halloween films of all time, it's one of the best films FULL STOP. DON'T ARGUE WITH ME.

Final Verdict
Stick around for the amazing artwork in the closing credits and DEFINITELY check out the making of!