Halloween is literally the best holiday of the year, and that's saying something because I love Christmas. Halloween is when shops suddenly cater to ME. Do you know how long I spent walking around Wilkinsons and B&M this weekend touching all the plastic skeletons? All I'm saying is it's a good job I don't have my own place yet because there would not be any room for me inside it.

Every Halloween is like to fully immerse myself and make the most of it, I take time off work and I watch only horror movies and walk around in black (like usual) and generally live a fantastic life for all of October. I've cultivated a snuggly, familiar list of films that I like to watch every year, or give me strong Halloween vibes, so read on to see em! 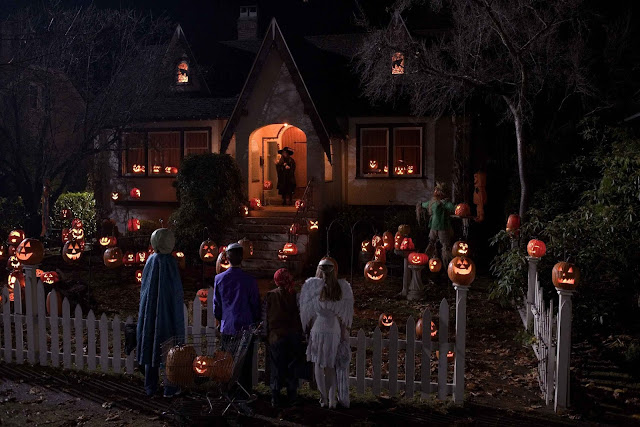 There are films that encompass Halloween so perfectly that not to watch them on Halloween should be a crime. Trick R Treat is that film for me. When I dream up a perfect Halloween in my head it's orange, it's got kids being scared shitless and it is all about that American suburbia.

Trick R Treat balances the fine line of being really funny and genuinely creepy. Like, it's a riot watching it but also there's that needle of dread wiggling down your spine at the same time. There is something very comforting woven into this film's aura, it's full of fables and lore and wrapped inside a horror anthology.

There have been copy cats trying to mimic Trick R Treat's essence but it remains the best, probably in part due to adorable mascot Sam. You should watch this film if you like Tales from the Dark Side or Grizzly Tales for Gruesome Kids.

Silver Bullet is basically the best werewolf film of all time because Evertt McGill plays a priest and Gary Busey is a cool uncle. Starring a baby Corey Haim, the film explores the complexities of loving your annoying kid brother, the strain of a family dealing with disaster and a small town terrorised by a beastly, mythical creature.

Practical effects focused, this horror film is an all-rounder for kids and adults alike. To say anymore would give away the murder mystery element of the plot, but this classic is a Halloween staple for it's fun energy, mischievous story and genuinely threatening monster. 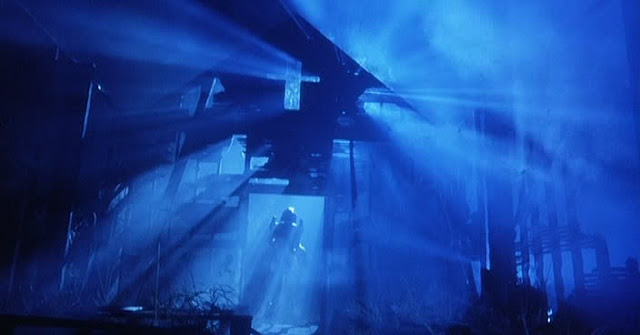 It's hardly Halloween if you don't include a monster born from hate inside a pumpkin patch. Not really unlike how Cabbage Patch Dolls are born, I guess.

Pumpkinhead is a dusty, dirty, backwater Americana horror-story that sets up a harrowing opening half hour that will leave you hollow inside. What follows is a typical slasher as Bad Teens get offed in grisly ways, as fantastic, legendary character actor Lars Henriksen tries to undo the evil he has unleashed born from his own craving for REVENGE.

What sets Pumpkinhead aside from other late 80s slashers is it's lovingly crafted sets, just take a look at the lighting in that abandoned church! It's practical effects and the way it makes you wrestle between your emotions, these teens need to learn a lesson, but hasn't this all gone too far?


The People Under the Stairs 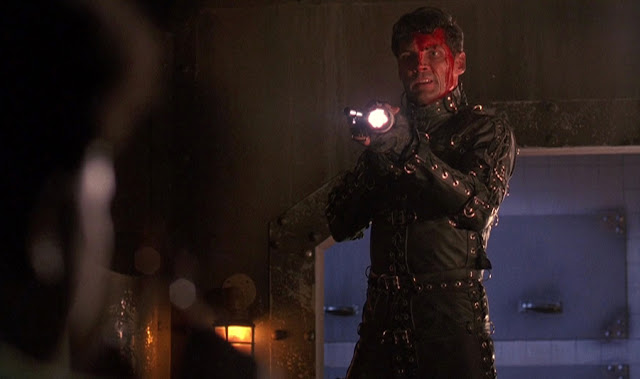 This Wes Craven classic (in my eyes) was released during this really interesting period in his career when he was really letting loose with some truly outrageous ideas. This and Deadly Friend are my favourite Craven films by far, before he got wrapped up in his Scream period.

To try and explain TPUTS would take maybe three hours or 6000 words, but it stars Evertt McGill AGAIN, along with his Twin Peaks wife Wendy Robie. If you thought they were dysfunctional in Twin Peaks, you ain't seen nothing yet.

This is basically a kids horror film, it's centered on kid's survival in a house of horrors and rising up against the adults who oppress you. It's pretty fucking terrifying, but an absolute hoot to watch.

I've already done an article about how Paranorman is the perfect Halloween film, but it bears repeating because holy heck, if you are a Halloween fan and you haven't seen this? You need to get on that RIGHT NOW.

So what will you be watching this Halloween night? Let us know on twitter!