You may have noticed a newish trend within the horror community, the DIY attitude that has always prevailed has evolved. All those kids who grew up watching great horror films - now they're making documentaries about them. Whether it's a 7 hour Nightmare on Elm Street retrospective, or getting all the Return of the Living Dead gang back together, the new thing is exploring these films in every minute details, putting it on film and selling it to like-minded enthusiasts. It's kind of like Christmas,

My favourite horror film, probably my favourite film of the 80s, is Fright Night. Imagine my excitement when it was announced that the franchise would be getting this in depth treatment, and imagine me wetting myself when my copy came through the post. 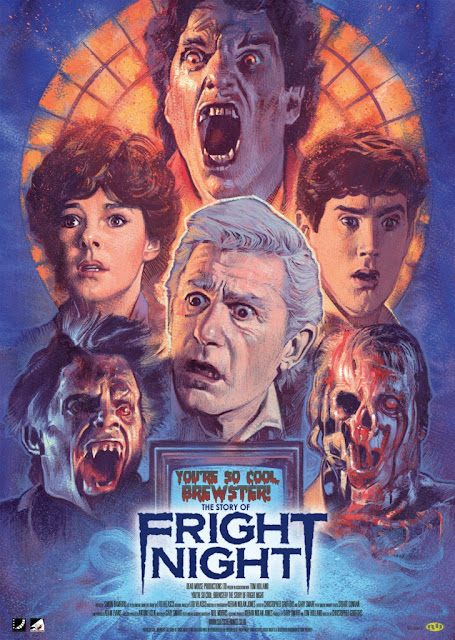 You're So Cool Brewster: The Story of Fright Night is a 3 and a bit look into every aspect of Fright Night, from casting to soundtrack to effects and all the near death experiences along the way. With talking heads from director Tom Holland and most of the cast and crew, it's a real fucking treat. Spending the majority of its run time on the original Fright Night film (it is after all, what we're really here for), no stone is left unturned. It addresses the queer speculation, and what the heck Billy was ANYWAY, along with just generally being a real feel good experience. I gotta say, I was kind of nervous about this documentary, because I also bought Leviathan, the Hellraiser 1 and 2 documentary, and found it WAY too in depth (I am just a little baby who can't watch anything over 80 min in length), but I needn't have worried because the running time just BREEZED by in YSCB. You can grab your copy here.

Fright Night, in case you've never seen it, explores a suburbia that is rotten in the middle. Actual dreamboat Charlie Brewster spends his time watching horror films and trying to bone down with his girlfriend, a serene existence where all that matters is making sure your GPA doesn't slip. That is until Jerry Dandrige, also a dreamboat, moves in next door. There's something up with Jerry, a nocturnal, fruit guzzling lothario, who happens to be a vampire. Or is he? Charlie recruits a band of misfits to find just that out, and the results aren't pretty. 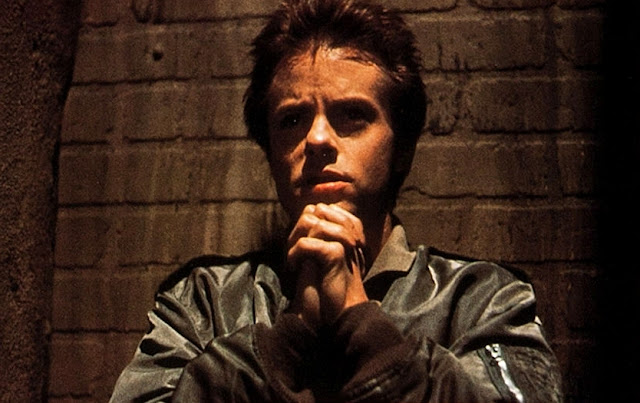 The concept is almost Hitchcockian, a Rear Window tale updated for a new audience. It's a simple concept but the film offers so much more. You know when you just watch a film and it's just got so much heart, like everyone working on it truly believed this was the best thing they could be doing, and they had the creative freedom to have their choices heard and it all comes together in this wonderful frenzied energy and emotional punch? That's Fright Night, It's not just a horror, it's not just a comedy, it's a tale of several sexual awakenings, an exploration of vampire lore and one man's redemption after Hollywood turns their back on him. Everyone in the film is FIGHTING for something, nothing is black and white, everything is murky and covered in a smoke screen (quite literally, stop vaping on set, just kidding).

What I really took away from watching the documentary was the way in depth segment on the practical effects. A little known fact about me is that I seriously considered sinking my savings into going to practical effect school and learning to do this shit and fuck about with chemicals and latex (it was never meant to be, I was born a few years too late for this to be a stable job) so this was super fascinating to me. I know a lot of other people also look at effects and think 'how did they DO that?', well don't worry because all your questions will be answered, I assure you.

The documentary also covers Fright Night II extensively, which is great news because Fright Night II is an underrated classic. Did you know that it was directed by the guy who did Halloween III: Season of the Witch? BECAUSE I DIDN'T. Everything makes sense now. 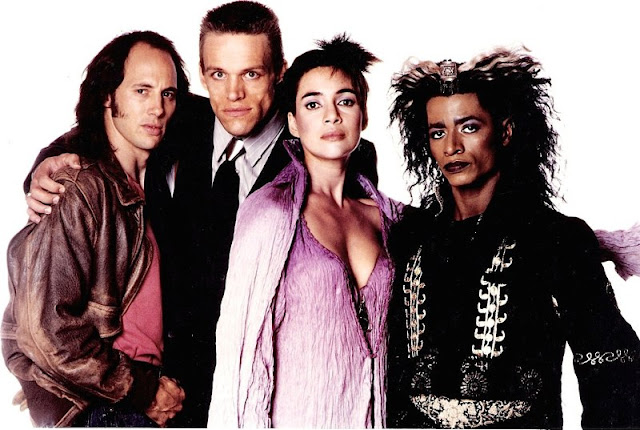 Fright Night II follows Charlie Brewster and Peter Vincent now that Charlie is in college, and via several years of therapy, believes his encounter with the vampires was just a figment of his and Peter's imagination. Until Jerry's SISTER shows up to turn the world upside down again.

FNII is a much schlockier film than the original, but as sequels go (and y'all know how much I love sequels) it's probably one of the best I've seen. I mean, come on, it's got a rollerblading, new romantic vampire in it.

It's nice to watch the documentary and no one's got a bad word to say about the sequel, I really appreciate that because you know, even if it's not the original, people have worked really hard to make it, and I can always appreciate that with any sequel that's got it's heart in the right place. Especially when they're as charming as Fright Night II. 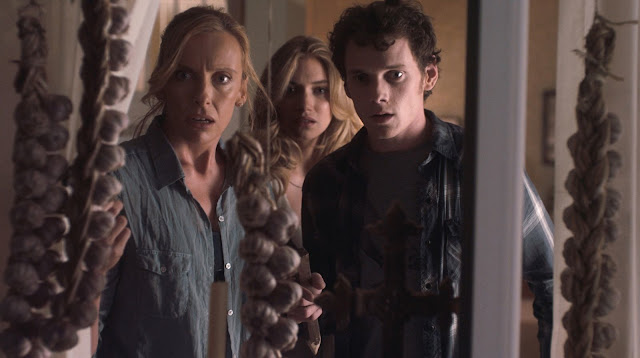 We even get a brief glimpse of the remake, which I actually think is an acceptable update. I mean, it's not a patch on the original, but with Anton Yelchin and Imogen Poots in the leads it can't help but be a little bit charming. 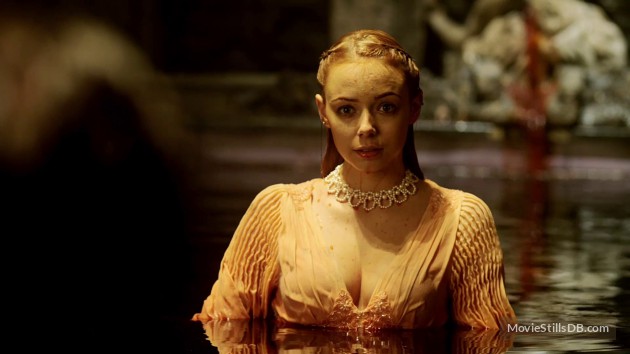 The only thing missing is Fright Night 2: New Blood, but I think that's a fine omission because 1) it's fucking SHIT and 2) I'm 100% sure this was never intended to be a Fright Night movie but the studio tacked the name on the front to try and sell more copies once they saw how SHIT IT WAS.

If you've got some pennies to spare, it's well worth chucking them at this documentary, it's bursting with facts and secrets that I didn't know and I think even the most hardcore Fright Night fan would find something new that they hadn't thought about before.

The makers are currently in the works with Robodoc which is obviously the best news ever for me, because Robocop is my most treasured, favourite film of all time!