I'm not a geek, I'm a unique weasel

I'm revisiting a bunch of teen films that I love and cherish, to see what these time capsules can teach us about modern day living. I first started with Better Off Dead and sticking with the 80s theme I've moved onto Encino Man, which was a moderate hit that derived lots of bad critical reception. But as we all know, critics don't know shit, because Encino Man is tender and goofy and a super feel good film. In these times, it's good to have feel good films to turn to, just to take your mind of the mounting doom we are facing.

Encino Man (aka California Man) is so much more than the film that brought us the greatest gif of all time (it's still a great gif though).

Not only is Encino Man a tale of popularity and getting the girl you used to share a bath with and beating the jock and surviving high school, it's about friendship and nature versus nurture and it's totally deep, man. The premise is interesting enough, finding a cave man in your backyard is pretty great, but when you can catapult yourself to high school popularity but dressing him up as a 90s high school student? That's where the magic happens. 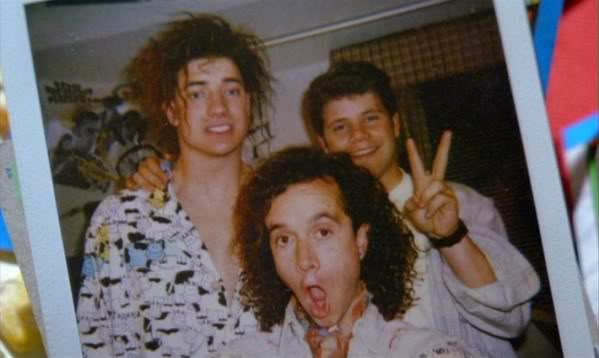 Encino Man stands out for a big reason and that reason is Pauly Shore. Often derided, I got a huge soft spot for old Pauly. His unique inflections and slang kinda make this film, I'm pretty sure he's a sleeper genius that the world never got on board with. He was nominated for a Razzie (don't get me started on that piece of shit, smug shit show) for this, which is incredible when you think about it because he's truly the heart and soul of the film. 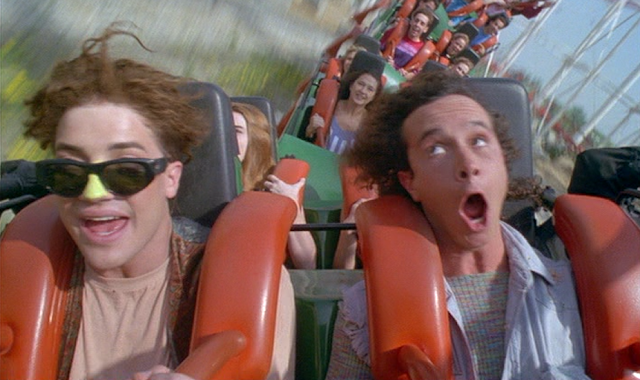 At a pivotal moment in the film (after Link gets sucker punched in the ear), Stoney (Shore) raises an excellent point. We are all born pacifists, and left to his own devices, with all the food he needs and no social constructs put on him about alpha males and pride, Link chooses not to fight anyone, as Stoney says "cavemen's aren't like us, Dave. They fought for food and survival, they did not fight for popularity". HOW COOL IS THAT??? That's the emotional punch of Encino Man that elevates this film above a lot of the teen comedies of the time. You don't have to fight for a girl who probably isn't interested in you, you don't need to save face if you're not a fighter, you can just BE and everything will still carry on as normal. 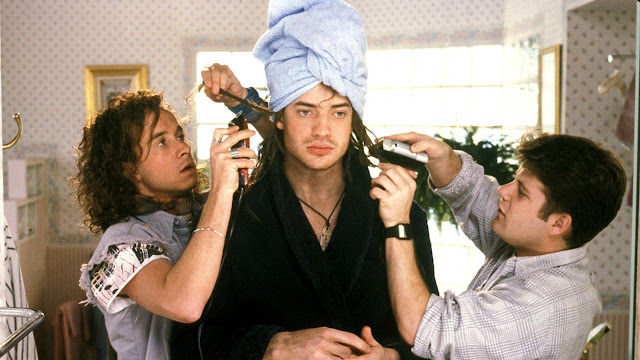 In fact, I wouldn't even say Matt the Jock is the real villain of this story. Matt the Jock is just a modern day caveman, beating his chest and defending his property (yeesh, the 90s was hard on female love interests). The real villain here is DAVE (Astin), a boy so wholly obsessed with being popular and getting to neck the hot girl (who used to be a plain jane when they were buddies) that he sacrifices his own friendships, doesn't consider this million year old beings feelings stuck in 1990, and is real mean to his only friend in the process. I'm still mad things worked out okay for Dave at the end of this film, he didn't really learn anything. Watching back on this, it's pretty obvious that Stoney and Link had the real friendship connection here. Everyone needs a pal who doesn't get embarrassed by their weirdness, or want them to be normal, and in the running time they find it each other. IT'S BEAUTIFUL REALLY. 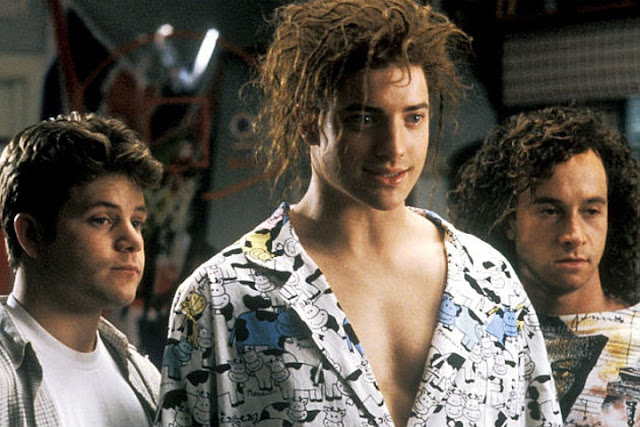 Encino Man is an 90s standout for me due to it's feel good message, Pauly Shore, Brendan Fraser before George of the Jungle (you can see the beginnings of that here and all). I would totally recommend this to anyone looking for some escapism, especially if you wanna fantasize about a hot caveman drawing a cave drawing of your tits in ketchup.