I've been going to this high school for seven and a half years, I'm no dummy!

There is something beautiful in the time capsule teen films of the 80s. The innocence, the lack of readily available porn making everyone itchy, the need to stick it to The Man (whatever The Man may be) whilst living in your nice suburban home. The world is too cynical for 80s movies now, now when it's emulated you get gruesome creations like Kung Fury or The Greasy Strangler. The very essence of the time cannot be bottled and sold on for a millennial audience. But of course the beauty of the 80s was that it was the birth of home video, so you can always revisit the classics. 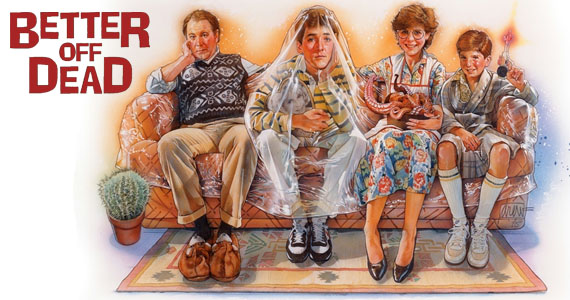 Everyone has their favourite 80s teen film, mine is Better Off Dead. Have you ever seen it? A suicide obsessed John Cusack (before he was famous for being love-sick) gets dumped and must conquer a deadly ski competition to win his ex-girlfriend back. Pretty simple plot, right? But from the very start this is something completely different, Better off Dead takes you on a surreal journey, an abstract consciousness of ideas and skits that have no need to be thrown together, but are woven inside each other so majestically that it can only be a work of art. One minute you're watching a teen try and hang himself, the next there's a plasticine burger singing Van Halen. 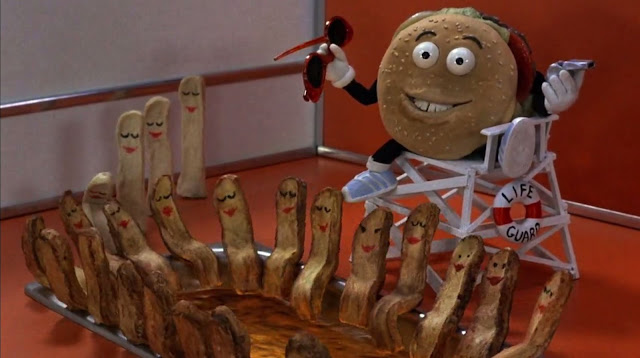 Directed by Savage Steve Holland, you wouldn't be blamed for thinking someone with a name like that would be more suited to the horror genre, but Savage Steve carved a weird niche for himself with 80s classics like One Crazy Summer and How I Got Into College, with his favourite actor Curtis Armstrong (Booger from Revenge of the Nerds). Better Off Dead is his masterpiece, mind. The shining jewel in the crown, and do you know what? John Cusack hates it. You kind of have to feel that if John Cusack hates it, it's gotta be a good movie, right? Savage Steve goes into more detail about his fued with Cusack here, and it's well worth reading.

This film was basically my introduction to Cusack, to teen sports movies, to the 80s high school comedies. I've been watching a lot of ski movies recently (not on par with this naturally) and I just knew I wanted to revisit and write some feelings down. The vibe of this movie is so warm, you can tell everyone had a blast working on it, a real labor of love and a freedom so rarely found embedded into every scene. 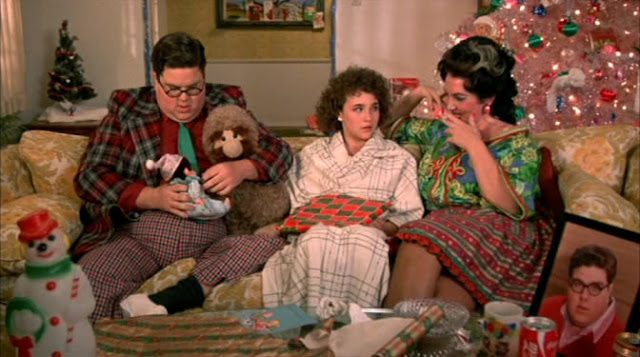 Better Off Dead may have been considered a bomb upon it's release, and it's certainly overshadowed by the John Hughes of the era, but despite all its come up against it's still embedded in popular culture. "I want my two dollars", the car racing, playing sax to your girl in a burger joint, it all keeps cropping up because they're simple concepts that have a lot of heart behind them. I'M JUST EMOTIONAL GUYS. 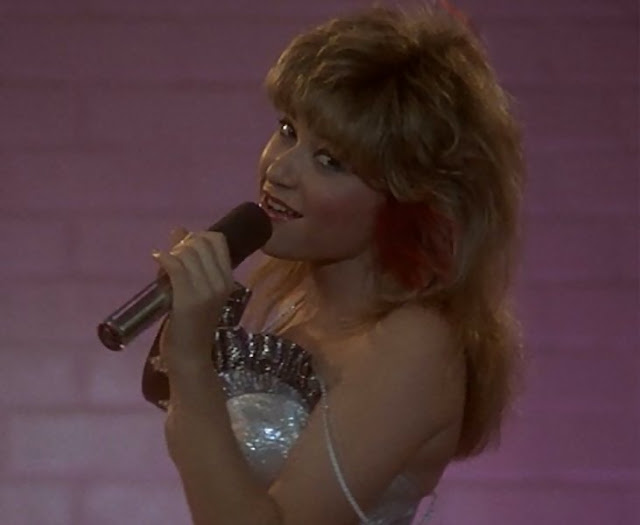 This film can also add 'best song ever at a dance' to its credits, featuring the great E.G Daily (Dottie in Pee-Wee or the voice of Tommy Pickles) in a silver foil dress, singing her heart out. And the song is great, like truly maybe THE BEST SONG OF THE 80S??? 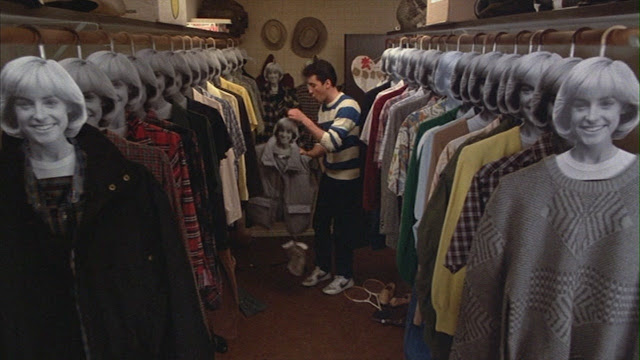 The twisted darkness of suicide mixed with the goofy tone of the film truly do make it one in a million, if you haven't watched it? GET IT WATCHED. You will not be disappointed. If you don't like it I assume you're having a sense of humor failure just like Cusakc. DON'T BE LIKE CUSACK.