The Other Glass Slipper: A Journey into Disney Direct-to-Video Sequels: One Hundred and One Dalmatians II: Patch's London Adventure

YES, you thought I'd given up on the Disney sequels challenge hadn't you? WELL I NEVER GIVE UP ON DISNEY. I'm back with a new review of the very punchy titled 'One Hundred and One Dalmatians II: Patch's London Adventure'. Seriously, how did that ever get the go ahead? That's nine entire words in that title, god help us all. 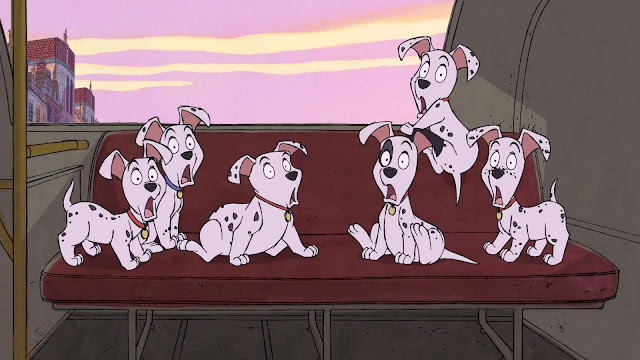 One Hundred and One Dalmatians is one of my favourite Disney films, it's utterly charming in the way only Disney can be with animal character designs, plus it has this totally different art style to every other Disney film, so much so that Walt Disney himself absolutely hit the roof when he saw the finished product, which he claimed looked unfinished and messy (this is a man who decided to build a funfair without any of the seedy undercurrent, after all). 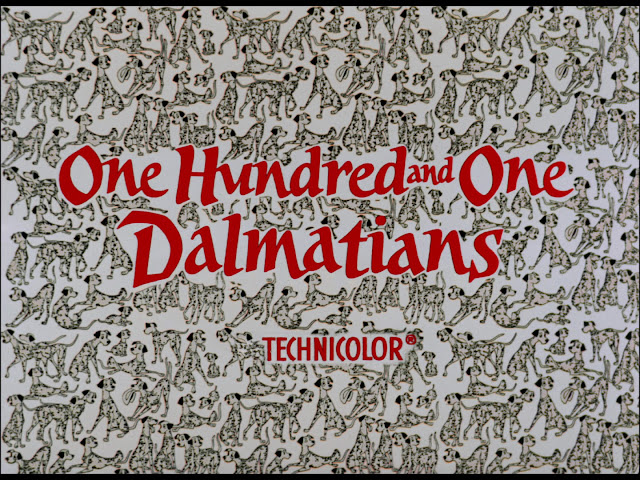 The style of the original echos the free flowing jazz soundtrack, swinging sixties London and the energy that having all those puppies on screen would cause. It's fantastically charged and a great caper story, with of course one of the most iconic villains in cinematic history. This sequel won me over from the start because it tried really hard to echo the art style of the first, it's little touches like that that make a film work, that show that someone on the production actually wanted to make this sequel work. 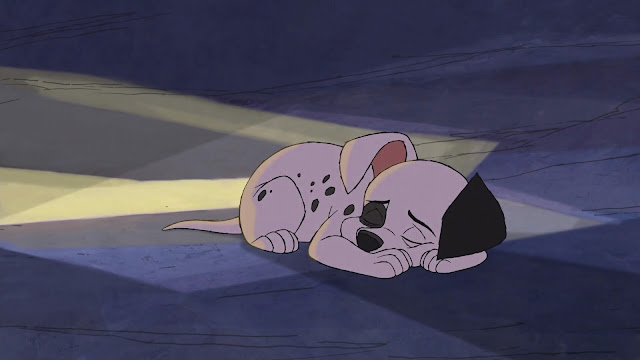 The sequel follows Patch, who's feeling a little out of sorts and underappreciated, having 98 brothers and sisters can be hard work, and when you're one of so many, known for being one of so many, it can be really hard to find your individual place in the world, you know? It's a pretty great theme for a kid's film and I was invested in this puppy and his hardships from the beginning. Of course things go absolutely awry, Cruella is back, the puppies are in danger, THE BARK CHAIN IS BACK, which is my favourite bit in both of these films. 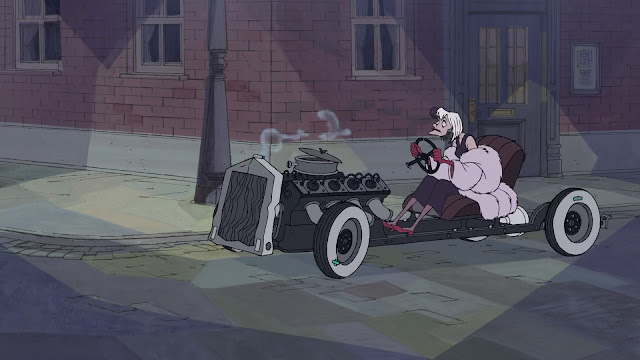 The animation style is about the quality of the One Hundred and One Dalmatians cartoon series that was shown in the late 90s on the Disney Channel, I wouldn't be surprised to see that the same team worked on both of these. That doesn't mean it's bad by any means, in terms of Disney sequels it's neat and polished enough to feel like it was always intended for a feature length movie.

The design of the puppies has always been absolutely adorable, so no problems there, the scrapes they get into and the animation on their clumsy fat little bodies is enough to carry this film, however they say stuff like "whizzer!" and sound like little Tories, which either the director realised that's what American's want to hear from a British film, or someone recognised that in no way could Roger and Anita be living in a three story London house with 101 dogs to feed AND a maid without being rich as fuck. Either way it grated on me but I doubt that would be an issue for international audiences. I just think it would have been cuter to have them talking in little cockney accents, but I guess that's saved for Dick Van Dyke only. 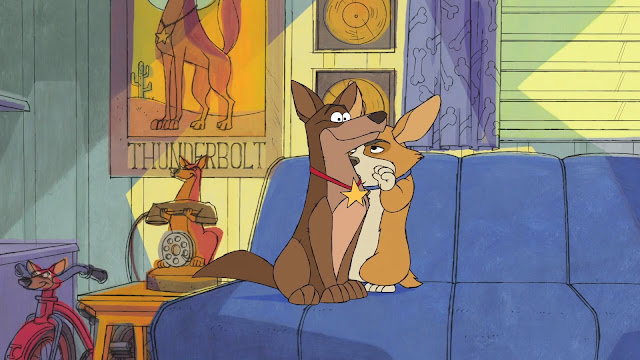 The subplot involves a famous dog off the telly, his pomposity and bravado were very funny and it had a nice little twist, it's a great echo back to the first film as the puppies watch Thunderbolt on the telly. I'm not sure why these dogs are allowed to roam the streets of London off leash, but hey, this is a cartoon and it really doesn't fucking matter. 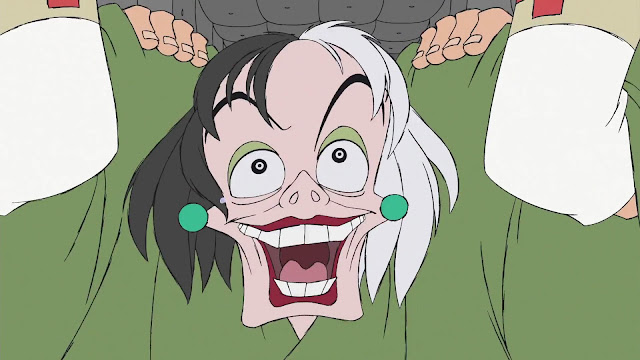 There's a great cultural nod as Cruella teams up with a beatnik artist who paints spots, and her yearning just to look at a fur coat is absolutely brilliant. I've always admired Cruella's design, that stick think and bony figure, her coats always falling off her shoulders and a fag in her hand, fans f her will not be disappointed with this sequel as she plays a major part and is her usual charming self.

Would i recommend this sequel to fans of the original? Yes, if you've got a spare hour and a bit, just don't watch the original and this back to back because the difference between the two will be very apparent. It's also worth watching for the cameous from other Disney animals (I spotted Eric's dog from Little Mermaid and the cat from Cinderella that for some reason I'm remembering is called Lucifer?!)

Email ThisBlogThis!Share to TwitterShare to FacebookShare to Pinterest
Labels: animation, disney, one hundred and one dalmatians ii, Reviews, robyn, sequels, the other glass slipper