The Other Glass Slipper: A Journey into Disney Direct-to-Video Sequels: Bambi II 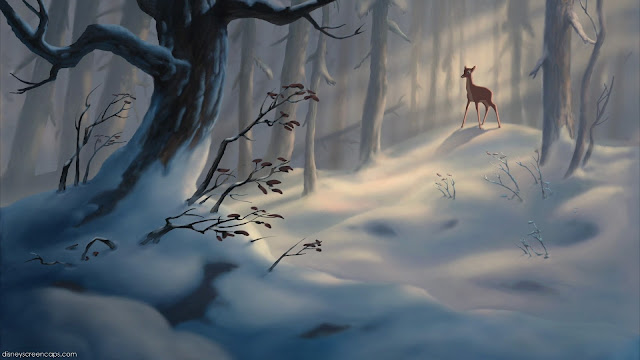 This is possibly one of the longest periods between original and sequel, right? Bambi came out in 1942 and Bambi II in 2006. I would have thought Bambi II would have been greenlit in the 90s sequel heavy heyday, and I'm kind of glad it didn't because even though I don't particularly enjoy Bambi, this sequel makes up for it and I'm glad they waited to do it right. Even though I personally don't like the first film, you have to admit that the sequel is standing on some heavy shoulders, Bambi was an inescapable phenomenon with Walt himself in charge. No one wants to be the one to fuck that up. 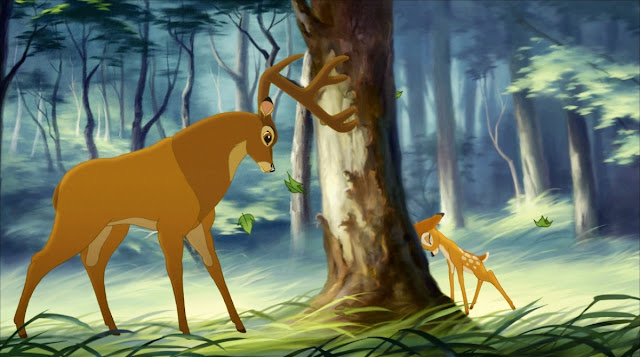 Carrying on the saccharine sweetness of the original, Bambi lives in an idyllic forest where all the animals are pals and everyone has a lot to eat and the only thing that can hurt you is man himself. It's a stunning realisation of a setting, the revolutionary backgrounds of Bambi (making everything abstract around the outside and detailed in the middle) are continued to great effect in the sequel. I got to say it's probably the best looking Disney sequel ever released, clear lines and bright backgrounds and a gorgeous use of light as it filters from top to bottom of the forest. It's the little details like the foggy breath rising on a winter morning or the different bark on the different trees that make it worthy of a Disney animation, and considering it came out in 2006 I'm thrilled that they decided to ditch the CGI, even though I'm sure it would have been much easier. This all adds up to an authentic experience, rather than a lazy cash grab. 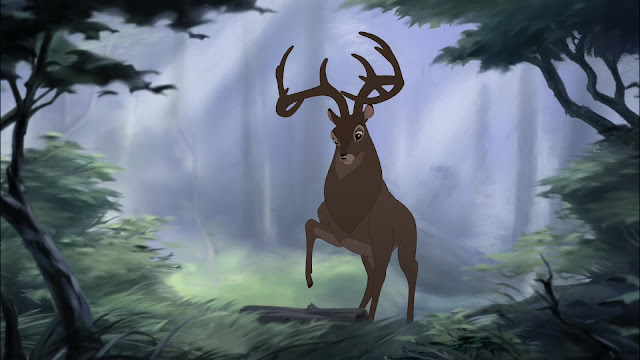 The sequel focuses on the time between Bambi's mother dying and him starting his own family. It's a nice pick up from the first film, throwing you straight into the turmoil of Bambi, the harsh winter, the sudden loss of his mother. It's actually a pretty interesting main story, with Bambi's dad opening up to grief and love and Bambi's need for approval from his father (and the Prince of the Forest lest we forget!). Bambi's dad is voiced by Patrick Stewart who seems to absolutely revel in his royalty and put's on his best booming omnipresent voice. As Bambi continually tries to prove his worth with varying feats of bravery and his father comes to love him as he is (he is still wonderfully clumsy, all knees and giant head lolling around) surely this would be enough of a plot point to carry the story? 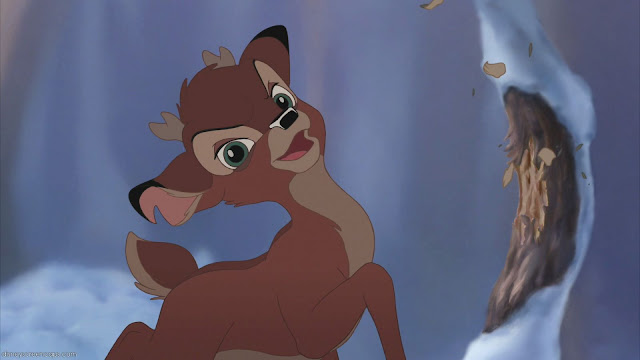 Apparently not. In comes this dude, a completely unrelated plot point who threatens to throw the entire film off course. Ronno's entire purpose seems to be an asshole and then cry, or fall into some mud, which happens about ten times throughout. I found his addition off-putting and irritating, I mean, I can just about get over Thumper and Flower, in some ways they are sweet, but this guy I cannot get behind. There's never a true rivalry between Ronno and Bambi as even the rest of the forest hates Ronno, I'm just baffled with his inclusion tbh tbh. 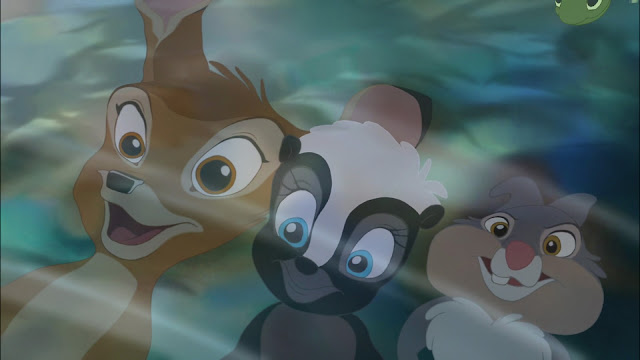 Peppered throughout some montages of Bambi walking or Bambi playing with his pals are a few musical numbers which are unremarkable to say the least. I watched this film about an hour ago and I cannot recall what they were. I'm pretty sure Mulan II is going to take away the award for best songs in a Disney sequel once I've finished this challenge, and nothing else will come close. Really the draw here is the animation, the subtle changes of the seasons, the Disney talent for making anthropomorphic animals without them being weird or scary. I guess if you're a fan of Bambi then the amount of critters here is going to satisfy you, every scene is dripping with possums and squirrels and birds that the forest setting really feels alive. I enjoyed the actual expanse I felt, like the forest was never-ending and stretched high and wide. To put that sense of scale into a short running time is no easy task. 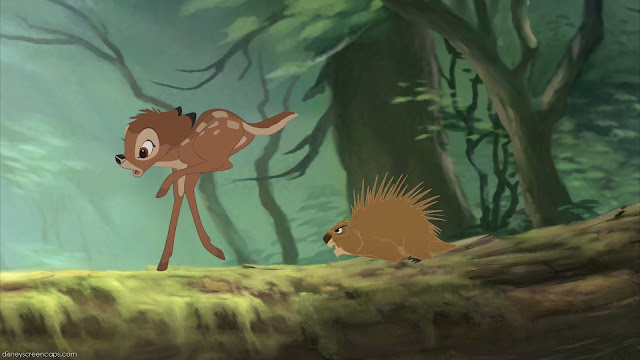 Would I recommend Bambi II? It's certainly not a bad film in any respects, but it's probably one just for the kids only. Though it deals with mature themes it's execution is purely for children and they will definitely get a kick out of some of the funnier scenes, plus its anti-hunting message is always a good thing in instill in young minds. I don't think I will ever revist this again, but considering how much I didn't want to watch it, I was pleasantly surprised.